Marvel's C-3PO #1 (aka C-3PO: The Phantom Limb) finally was released this month, after a long wait! The comic book was originally supposed to be part of the "Journey to Star Wars: The Force Awakens" publishing program leading up to the release of The Force Awakens, but that didn't happen. I ordered my copy in October, and had nearly forgotten about it!

It was a good story, providing a satisfying explanation for why C-3PO would actually choose to keep a non-matching limb. I found the story a little slow going at first, but the themes of droid sentience and free will were intriguing. Honestly, my favorite part was the inclusion of the "spice spiders," bringing an element of Legends into the Disney canon. 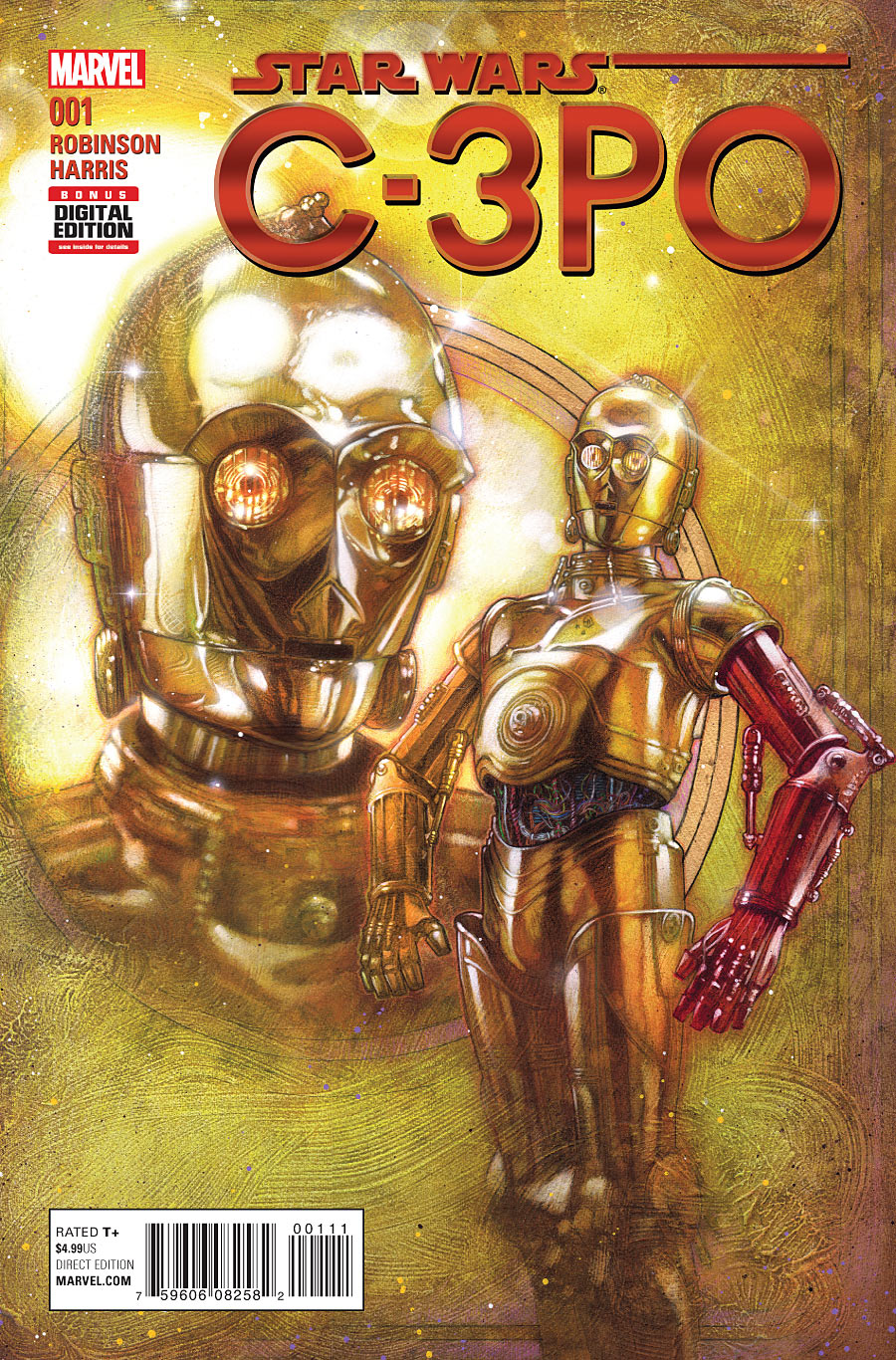