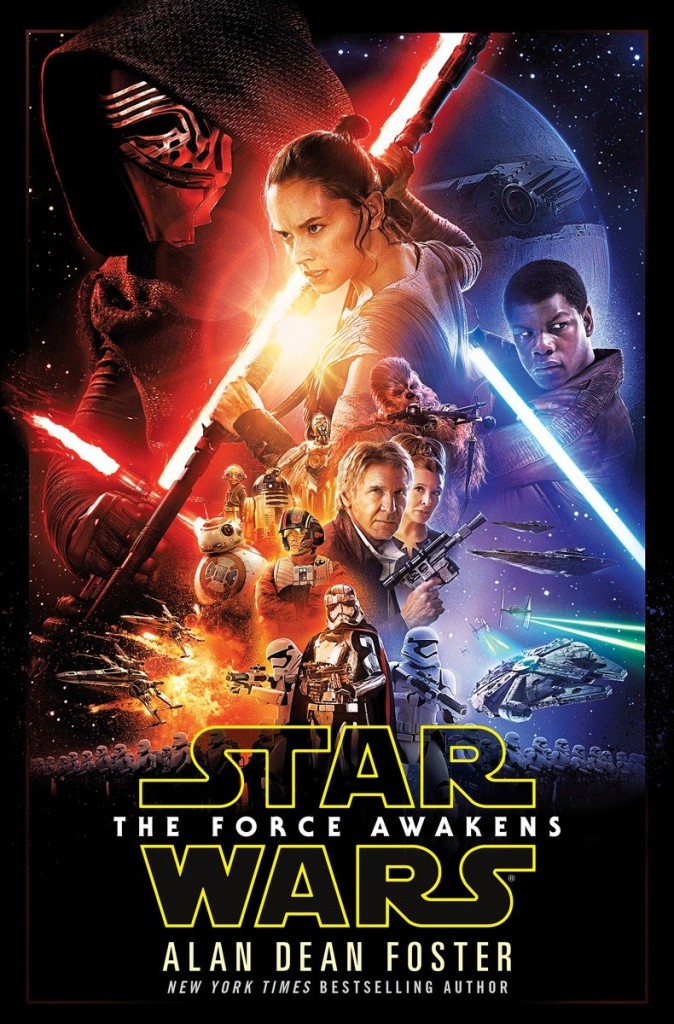 I finally finished reading the novelization of The Force Awakens (a couple of other books distracted me), and there were several interesting things near the end.

Han and Leia are married
When Han sees Leia: "Husband and wife stood regarding each other..." The film doesn't specify if Han and Leia were still married by the time of The Force Awakens. Actually just going by the movie it isn't clear if they were ever married. Glad to see that point cleared up. Although I'm still frustrated by their relationship overall; they did so much better in Legends… oh well.

Han hasn't seen Kylo Ren's face in 10 years
"For the first time Han saw the face of his son as a grown man…" Kylo Ren is around 29-30 years old during the events of The Force Awakens, so we can assume that Han hasn't seen Kylo's face for around 10 years. That's longer than I expected.

Kylo is weakened
After Kylo murders his father, he falls to his knees and "found himself weakened". I find it interesting that the act that Kylo hoped would make him stronger actually had the opposite effect.

Kylo knows who Rey is
After Rey calls the lightsaber to herself, Ren murmurs "It is you." Kylo Ren believes that Rey is someone in particular, not just a surprisingly strong Force user.