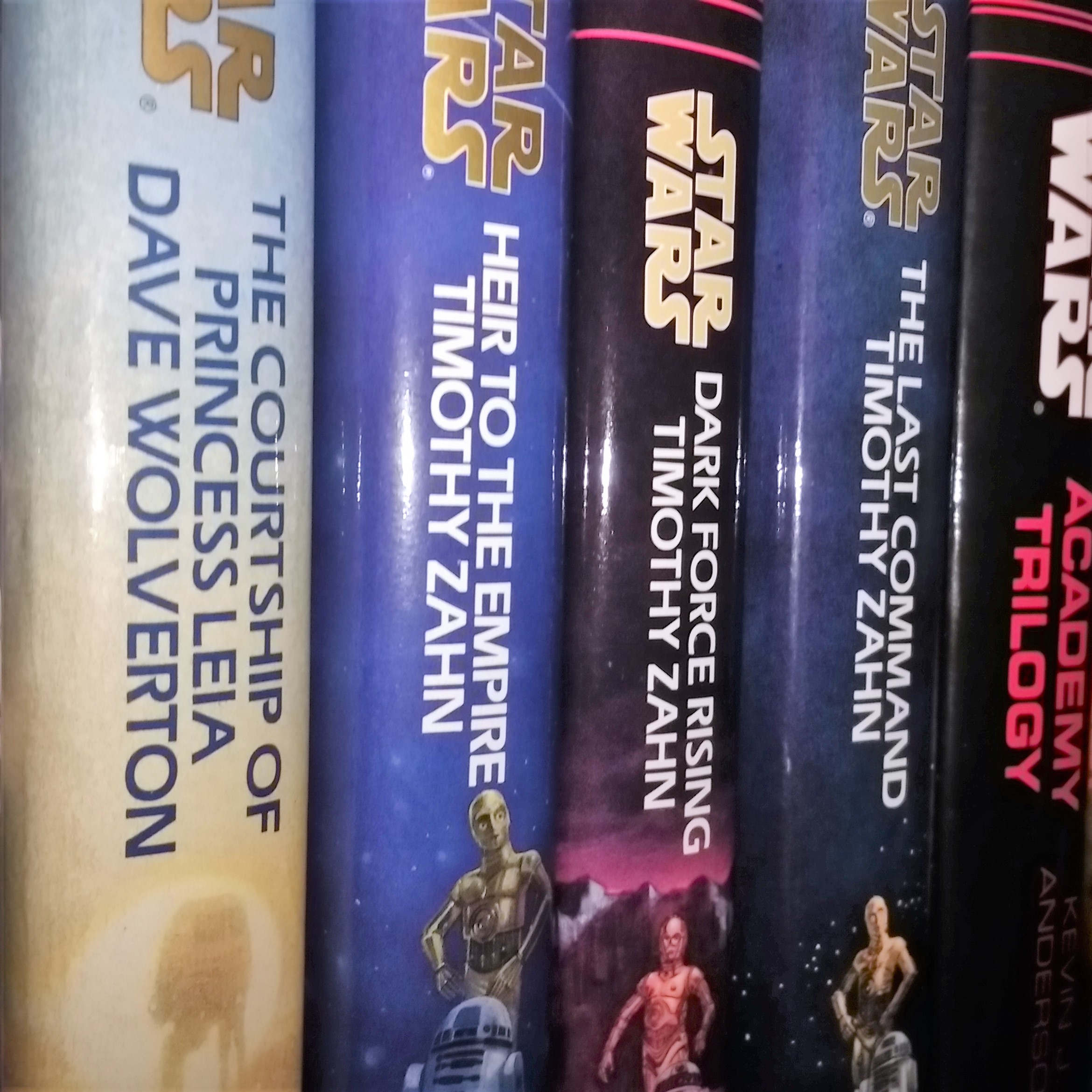 Since the release of The Force Awakens, I've had some people ask me about the Star Wars books: where should a new reader begin? Well, it depends. Which continuity are you interested in? If you aren't familiar with Star Wars continuity, check out my earlier post, Star Wars Continuity Explained. If you want to read Disney's new canon, then the number of books available to you is relatively small (at least as of May 2017).

On the other hand, if you want to read the Legends continuity, things are a bit more complicated. There are over 150 novels in Legends, and that isn't including comic books, young adult fiction, etc. You could read through the books chronologically, starting with Dawn of the Jedi: Into the Void and ending with Crucible. I wouldn't recommend it. That is a lot of books, and you are likely to get bogged down at some point.

A second option is to read the books in the order they were published. I would also advise against this, for similar reasons.

Instead, I'd recommend you start with the book that fundamentally shaped the Legends continuity, Timothy Zahn's 1991 novel, Heir to the Empire. Don't stop there - it is a trilogy! Once you have read Heir to the Empire, Dark Force Rising, and The Last Command, then you have many options to choose from. My recommendations and some brief commentary are below…

Disney Canon
This is for those who want to stick with the new canon. Read these in any order:

Legends: New Republic
A reading list for those who want to stay in the timeframe and continuity of Heir to the Empire. This list is exactly what I read my daughters when they expressed an interest in Star Wars novels.

Legends: The New Jedi Order
If you've completed the New Republic books, this is the next chronological series. Summary: a extra-galactic species that exists outside of the Force invades the Star Wars galaxy. It is a contentious story among fans: some fans hate the premise, but I personally love it, although the series was too long…19 books! As a bonus, read Rogue Planet, set between Episodes 1 and 2 as a prequel era tie-in. 20 books is a big commitment!

Legends: Legacy of the Force
If you make it through The New Jedi Order, this is the next chronological series. Summary: the galaxy is torn apart as... well, really anything more is a spoiler. I'm a fan of the core storyline here, although some of side stories I could do without - the Mandalorian story in particular didn't hold my interest. There's a lot of interpersonal strife here, which I think is good for character development, but it is a rough ride for the Skywalkers and Solos.

Legends: Fate of the Jedi
After Legacy of the Force, this is the next chronological series. Summary: a lost civilization of Sith come into contact with the larger galaxy, and an ancient powerful Force being emerges. This series starts off slowly, and has some odd aspects, but overall it was worth a read. I really enjoyed seeing an ancient Sith culture thrust into the Star Wars galaxy, and one character in particular was a great addition: Vestara Khai. Bonus: read Lost Tribe of the Sith (a short story collection) for some "historical" context.

Legends: Crucible
If you read all of Fate of the Jedi, wrap things up with Crucible. It is the last novel, Star Wars chronology-wise, in Legends.

Legends: X-Wing series
These are fan favorites, written by two authors. I personally prefer the books by Michael Stackpole, and I'll admit not finishing this series after Aaron Allston took over the writing. These are set in the New Republic era, but they can be read independently of everything else.

Legends: Darth Bane Trilogy
This trilogy describes the beginnings of the Sith's rule of two. Great characters, set very early in the timeline. Kind of dark, as you'd expect.

Legends: Various
Here are some recommendations that mostly can be read independently of everything else.

I hope you find this post useful if you are a new Star Wars reader!