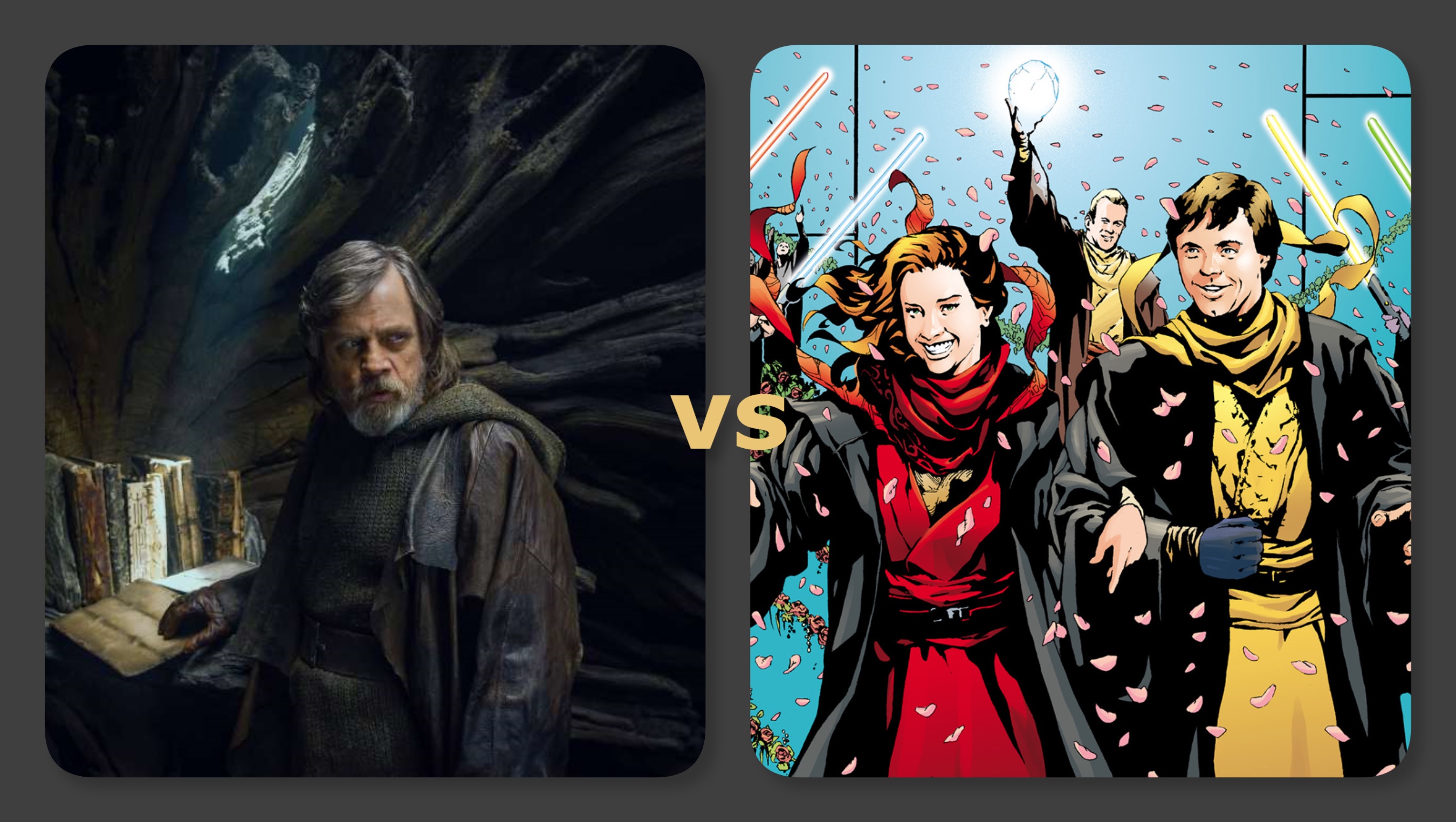 Star Wars: The Last Jedi was beautifully filmed and full of surprises. I enjoyed the film, but it had some issues. There's a lot I could say about it, but for now I want to talk about one character: Luke Skywalker. When we met Luke in the original trilogy, he was full of hope, willing to rush off to save his friends, and ready to confront evil on the slim chance that he could redeem his father. Luke didn't give up easily. Who is this guy in The Last Jedi? Scared, in hiding, selfish. Sure, he arguably gets his act together by the end of the movie, but really, I'm disappointed in you, Luke.

While discussing this with my spouse, it became clear what went wrong with this version of Luke. He needs a wife! Specifically, he needs Mara Jade! Would Mara have allowed Luke to wallow in self-pity? No, she would have kicked him in the head and said "Get up farm boy; you are better than this!" Would Mara Jade have let Luke's nephew to go dark without confronting him? No! She would have ambushed him in her StealthX starfighter and fought him in the tunnels of Kavan! OK, that's a very specific reference and it didn't end well, but you get the idea! Would Luke have been so self-centered if he had a wife? Of course not! Would Mara have allowed Luke to seemingly waste 30 years after the battle of Endor? No, she would have pushed him, challenged him, and made very sure he was able to continue the Jedi Order!

Life is so much better with an awesome wife. Poor Luke in The Last Jedi; if only he had a wife.

With all the push for more strong female characters in Star Wars, it’s really very surprising that Mara Jade has been seemingly completely deleted. Also while I enjoyed The Last Jedi, I really feel like it has jumped the shark. They’re going to have to shock me in the next trailer to get me excited for the third installment the way I was about this one. While Rey, Finn, Po, and Kylo Ren are interesting characters, I just don’t feel the same interest in their fates as I did with Han, Leia, and especially Luke. And while, yes, they gave him one of the most epic last stands anyone could have wished for, the fact that his story is “done” has me really scratching my head about what I can get excited about in the next movie.
Matthew Justice - December 21, 2017 at 8:52 PM
Yes, I have similar feelings about it. Interesting choices were made to leave TFA’s “mystery boxes” unopened (or opened with nothing inside), and then wrap up things as they did.