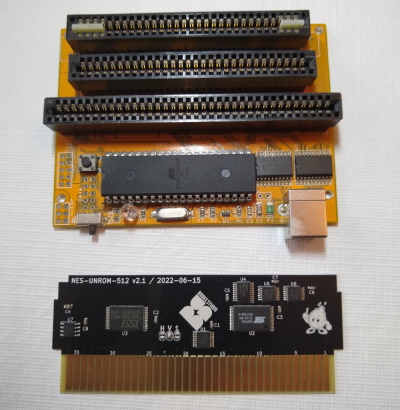 I’m developing a game for the NES, and I recently got a couple of flashable UNROM-512 PCBs from Broke Studio. To program these boards, I’m using the Kazzo cartridge Dumper-Programmer from Infinite NES Lives - this is the older, discontinued version of the hardware based on the AVR / ATMEGA microcontroller. I didn’t have success using the old INL retro-prog v1.1beta.exe software for programming these boards, but the newer software works. In case anyone else is interested, here’s what I did…

Important: the input file should be a full NES file, not just the PRG binary data. It needs to include a NES header.

If everything works, you should see output like so: